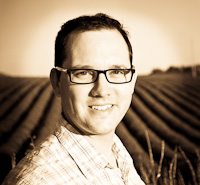 Brian Opyd loves photography so much he sometimes can’t remember when it all started.

His wife can. It was in London. 2002. And she was rubbing his shoulders after he carried a 5-pound tripod on his back for an entire week. But who could blame him. It was his first trip to Europe, and he was inspired.

In 2006 Brian moved to Europe, determined to capture the continent. Since then, various (and thankfully lighter) tripods have become more like extensions of his body than anything else and have helped him take images of everything from dealers at Paris flea markets to the breakfast bar scene in Madrid. After almost 9 years living in Europe he has returned to his roots living just outside of Chicago.

Brian is an exclusive photographer for iStock. His travel photography has been published by, The Wall Stree Journal,  National Geographic’s glimpse.org as well as Serendib, the in-flight magazine of Sri Lankin Airlines.  He has also done editorial photography for Switzerland’s National English Journal, Swiss News.

Brian’s stock photography can be purchased here through istockphoto.com.  For other inquiries including commision work for travel photography Chicago please contact the artist directly.