Working on a Timelapse Short Film of Baden, Switzerland 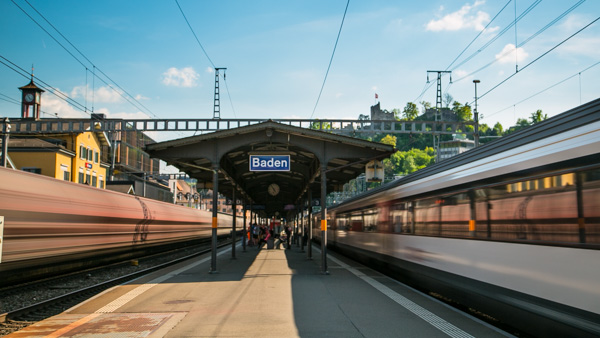 Yesterday afternoon was a great day to spend around Baden capturing some image sequences for an time-lapse project I am working on.  I am planning to produce a short film of both traditional time-lapse and hyperlapse clips.

I spent about 40 minutes on platform two of the Baden train station catching the late afternoon commuters.  This was the first film I had done with a 10 ND filter.  The results were great.  I was able to shoot in strong day light with a 2.5 second shutter speed which did wonders to smooth out the final short film sequence.  I am already seeing the benefit of having the 10 ND filter in by gear bag.  I am sure it will turn out to be one of my better investments.

I also spent an hour and a half making a hyperlapse of Weitegasse, moving my tripod about 3 inches every 11 seconds.  Its a labor of love sometimes.  Let me tell you.  Adobe After Effects is still churning through some stabilization calculations now, the the verdict on that film is still out.  Give it another half an hour and I should know what the final result will look like.

I hope to find a few hours this afternoon to do a few more shots if the weather holds.